The week before our arrival in Tanzania, Lewis Short posted a picture on Facebook, showing the water that his family had available: about 3 gallons. Three gallons for cooking, drinking, flushing toilets, showers, and everything else for a family of 5–and we were going to be staying with them. So one of the first projects we tackled was a rainwater collection system for their house. It would help, once the rainy season started. 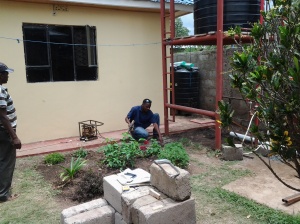 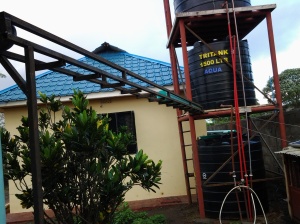 We bought several tanks, and we hired a welder to modify the Short’s tower so we could install a 2000 liter tank in the base. We also had him build a cradle for the water pipe running from the main house to the tower, so the line wouldn’t sag when it was full of water. 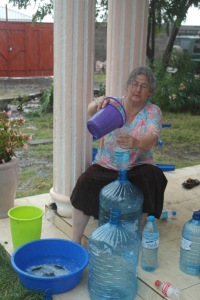 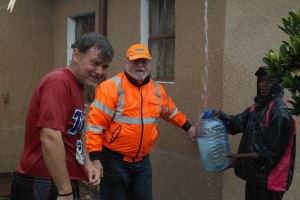 Soon after we started building the system, it started raining. The rainy season finally arrived, 3 weeks late. We had tanks, but we didn’t have them plumbed in, so we gathered as much water as possible. It made a real difference to have water! 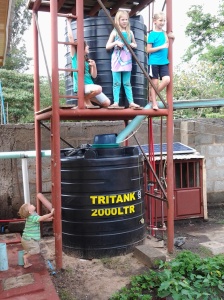 Before we finished, we had 10,000 liters of storage, and that was full before we left. We learned a lot about available materials and provided a water collection system for the Short family.