We had planned to be in Tanzania for Christmas. That plan died when my urologist announced that I have prostate cancer. The Cyberknife (focused radiation) treatment was scheduled to be completed before Christmas, but because of a mechanical failure, it was completed on Dec. 27. The treatment was easy; the side effects were devastating.

The two weeks following my treatment, I became very ill. Twyla and I spent New Year’s Eve in the ER. I’ll spare you the details, but I’ve never felt so bad. I was unable to eat solid food for a week, and had to have a Foley catheter. The oncologist was shocked to hear all the difficulties I had. He thinks that my symptoms cascaded, each symptom creating more difficulties. We are thankful that I am now feeling well. I am weak from being sick, but I’m exercising every day to regain my strength. Please pray for continued improvement and good health!

Returning to Tanzania on February 22!

Once the oncologist announced that he doesn’t want to see me for 6 months, we bought tickets for our return flight! I still need to be cleared by the urologist, but since I am feeling better, we felt confident that by mid-February, we would be ready to go. Ticket pricing helped us narrow down the date. Unless the doctor has more concerns, we plan to be in Tanzania on February 24 (it’s a 2-day trip).

We expect to fly from Memphis to Chicago by Southwest on the 21st, then onward from ORD on the 22nd! Again, we ask for your prayers as we plan this trip.

These notes are from Koimere, our preacher in Monduli Juu:

“The year is starting so we are going to have some discussions about all Church projects! Will be running for raining water project, English medium school project, Bible School project and planting new Churches project! “We started the Pre-Primary school at the Church already this year! We have some small things we need right now! We need to feed them before they go home. Before we can feed them, we need to build a temporary kitchen, and we need 100 cups! So please try to share this with the brothers and sisters for any help! Already we have 50 children who report to school!”

Two more Rainwater Harvesting Projects! We are ready to begin the 2nd (larger) phase of the rainwater harvesting project at the Irmorijo Primary School, with funding from a Rotary Global Grant. The church leaders are gathering the documents required for the finalization of that grant, and we hope to build this before we return to the States for my oncology follow-up in July. 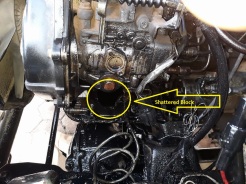 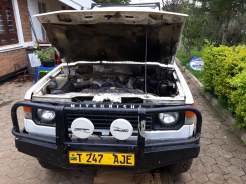 We’ve recently had a bunch of car expenses. Because we mostly drive off-road or on very bad roads, the car takes a beating.

We recently replaced the rear springs and repaired the shock absorber mounts. Now we are replacing the engine. The work on the suspension cost us $1000, and the work on the engine will probably exceed $2000. So we need some help to get this workhorse back up and running.

You can give through any of the ways listed on our Give page. We have recently added a Paypal option.

We would like to introduce Maasai Bakery in Monduli Juu.

Not long ago, some of our friends here in Tanzania discovered that we like to cook. And we like to bake. We prefer our own home-made bread. Two of our friends, Paulo and Mama Naseko, asked if we would teach them how to make bread, so one Saturday we set aside a day for them to bake bread. We demonstrated several different options: loaves, rolls (also known to Canadians as buns and known here in Tanzania as scones), fry bread, cinnamon buns, etc.

Paulo and Mama Naseko are using our kitchen for the moment, because they don’t have ovens and they haven’t enough capital yet to buy a stove with an oven. They make and sell bread, rolls (which they call scones), Pumpkin bread, Banana Bread and Cinnamon rolls and Ginger Rolls.

Ginger Rolls were what we call our “Happy Accident.” Our friend Happy was over at our place learning to make cinnamon buns, and Twyla pointed at the cinnamon bottle and said, “Take some of that cinnamon and sprinkle it all over the bread.” Happy grabbed the wrong bottle (Ginger) and sprinkled it all over. By the time we figured out the mistake, it was too late, so we made it up into rolls and baked it. It was great! So now we often make ginger rolls instead of cinnamon rolls.

Language Lesson: Ginger is “Tangawizi” in Swahili. So our favorite drink here is Stony Tangawizi (something like Jamaica Ginger Beer), and we make Tangawizi Chai (Ginger tea) and Ginger Rolls.

The Maasai Bakery is on its way to making money. Like all new businesses, it is a little slow getting started, but now they are selling everything they make and they have people asking for more. Their bread is much better than the bread which is brought into the market from Arusha!

However, like all new businesses, they are short on capital. They really need to have their own oven in their shop, rather than carrying food from our kitchen down to the shop. They would sell even more if people could smell the bread baking! They also need some counters to kneed on, etc. The don’t need a lot. They can buy a new stove for about $1500, and they can build counters for about $1000.

If you would like to help them, you can donate to Maasai Bakery through Sustain Ability.

Normally, our region of Tanzania has a short rainy season during November/December. This year, most of the region didn’t have a short rainy season. Here in Monduli Juu, we had one or two rains, about 1/2 inch each. One day, we got an inch and a half, but that is all.

Crops are dying. Some farmers have allowed their cows into their bean fields, because the crop is dying and there is no other food available. If the drought continues, cows will start dying, then sheep and goats.

These are subsistence farmers, with no other way to make a living. This could become a matter of life and death for some people.

We are considering ways to help, and we are praying for wisdom. Please pray for rain!

We should sleep well tonight!

We had our fundraiser/going away dinner/silent auction tonight! We had a good turnout (almost 90) and sold quite a bit of stuff. We don’t know how much was donated… we will receive that total sometime next week. I know that we had already received about $2000 before the dinner.

Many family members came, and afterward they sang, “The Lord Bless You and Keep You.” 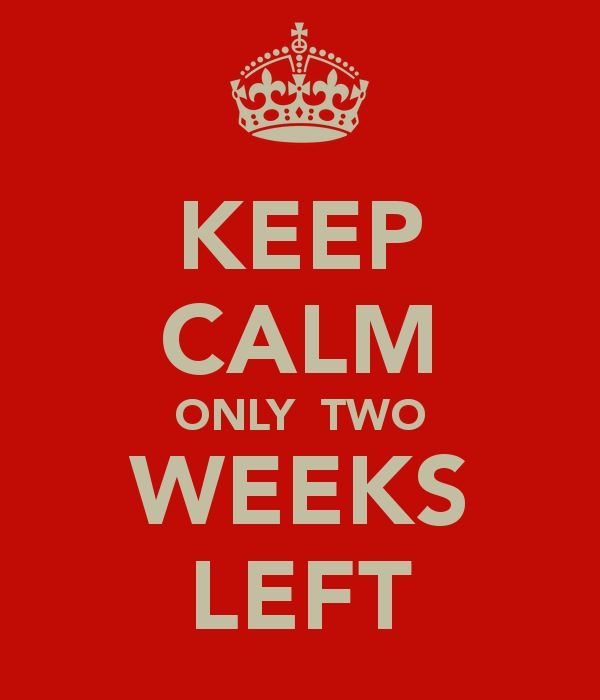 It’s easy to say, but “keep calm” is hard to do sometime.

We praise God that this time, our transition time hasn’t been plagued with issues, as it was last year. Things have been very, very busy, but we don’t feel like Satan is throwing something in our way every day or so. Pray for us that this continues. We are terribly busy, we don’t need frustrations to go along with the busy part.

We have the container nearly ready to go.  Since we have room, we’re packaging up some additional stuff that we weren’t able to get rid of (and we think would be useful), to go into the container.

Our big fundraiser (hosted by White Station church of Christ) is this coming Saturday evening. If you’re coming, we will be very happy to see you. If you can’t come, feel free to bid on the items in our Silent Auction. You can see it all online, and you can bid online as well. The form is at the bottom of the page.

After that, it’s just a matter of wrapping things up here, and getting ourselves ready to go.

Only one month left! 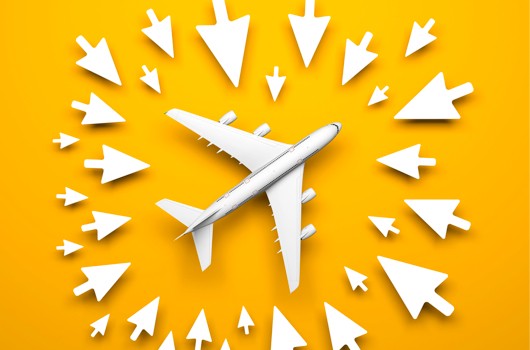 The picture says it all! Right now, we’re focused on getting on an aircraft in one month.

If you want to help, there are several things you can do.

We are almost ready to leave!

Last week, we purchased our tickets for our flight to Tanzania. We fly on October 4th.

We’re travelling on Qatar Airlines: Memphis to Miami, then Miami to Doha, Qatar, where we spend the night. Then we fly from Doha to Mt. Kilimanjaro, with a tech stop in Zanzibar.

The Global Missions team has scheduled a fundraiser for Sept. 24th, just a week and a half before we leave. We expect to have a silent auction, as part of that fundraiser. Twyla and I will be selling some of our own artwork, as well as some pieces which were donated and some artwork from Africa.

In the meantime, we have SO MUCH to do. It’s going to be a very busy two months.

Before we leave, we hope to visit with many friends and churches who have been interested in our work in Africa. So watch our facebook posts and our blog posts to see if we’re near you. If you would like us to see you, send us a message on Facebook, or email me at ralphwwilliams@gmail.com.

We were recently interviewed for an article on Connecting Memphis (interview and photo above by Cindy McMillian). This interview focuses largely on the biosand water filters we hope to build in Tanzania. We’re delighted with the coverage. Please click and “like,” and take a look at some of the other stories shared on this site. Good stuff…

When we were in Tanzania this last summer, we enjoyed getting to know Cy and Stephanie Stafford. Cy is the director of the Andrew Connelly School of Preaching. 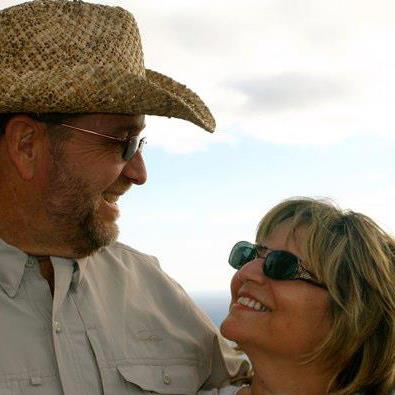 We just received word via Facebook that Cy is not expected to make it through the day. I wasn’t aware that he was ill, but apparently he is fighting leukemia. Please continue to pray for him, his wife, Stephanie, and their family.

Here’s what another African missionary had to say about him.

We were involved with Cy on a project for the school, installing a rainwater collection system, and building a large steel tank to store water. Cy was willing to let me experiment on the construction of this tank, to see how well it would work.

While I was  building the truss for the roof of the tank, Cy came by and pointed out that I had welded the truss around one of the supports for the school’s porch! We had a good laugh, and Cy got a picture of me with my mistake.

Later, when I injured myself (through my own foolishness), Cy and Stephanie got me cleaned up and arranged for someone to take us to the clinic in Monduli. They also have provided transportation to the airport at least twice, and that’s a big deal!

We have come to love and appreciate Cy and Stephanie, and we want to lift them up before God’s people. Please pray for them, that Cy may be healed. And pray for Stephanie and the family, especially if he is taken from them.